Frank DePew and Robin Liddell are coming off a sensational third-place finish driving the No. 71 Urban Grid Chevrolet Camaro GT4.R in the recent Fox Factory 120 at Michelin Raceway Road Atlanta, coming from the back of the Grand Sport grid to come within less than one second of victory at the checkered flag.

Back in September, the team won a four-hour race at Road Atlanta (an event originally scheduled to take place at Watkins Glen), with DePew and Liddell joined by endurance specialist Andrew Davis.

“I’m looking forward to Laguna Seca – it’s a fun track, and the Monterey and Carmel areas are quite beautiful,” said DePew, who joined Liddell in finishing 10th at the 11-turn, 2.238-mile circuit a year ago. “Last year was the first time I raced there, and I found the track quite interesting and challenging,  and I look forward to getting back up to speed there.”

Liddell is a prior winner at the circuit, taking the win in the 2015 event with Andrew Davis in the Stevenson Motorsports Camaro Z/28.R.

“I’m very happy to be going back to Laguna,” Liddell said. “It’s a lovely venue, and it’s a nice part of the world to visit. We love the track. Frank did very well there last year after only having some coaching from me in a rental car ahead of the race weekend! It’s been a tough track for the Camaro to get results, but with our recent execution, I see no reason why we can’t get a good result there. We’re functioning very well as a team, so coming off a podium I think we’re in pretty good shape.” 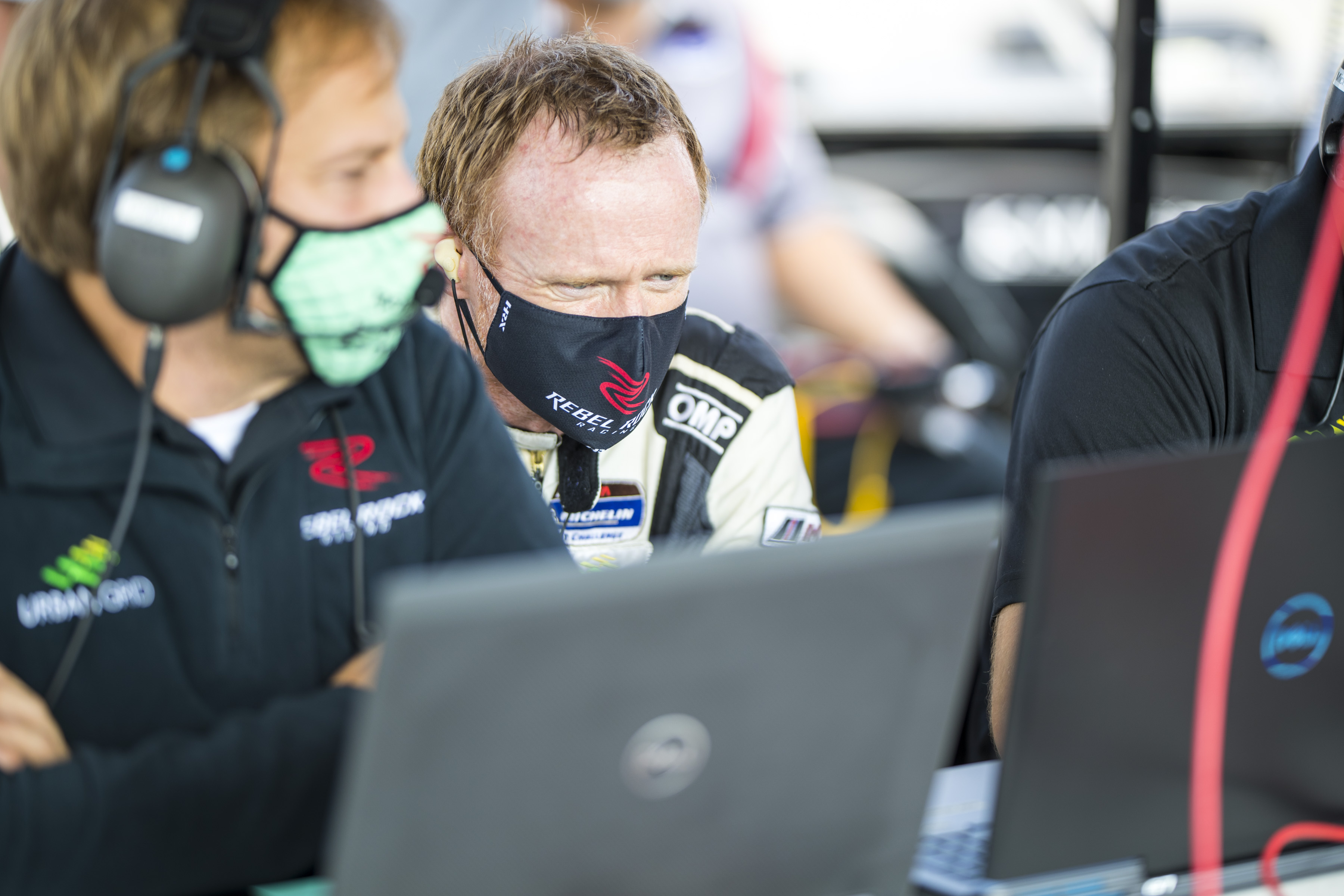 Liddell was running second in the recent race at Road Atlanta before being caught out by a late caution with 45 minutes remaining. He worked his way back to third before two additional lengthy cautions hampered his attempt to get back to the front.

“I think we had the pace to get the job done, but it was unfortunate with the yellows,” Liddell said. “I was very close to getting second in the last corner, but I couldn’t make it stick. With another couple of laps, I think we would have had a chance to win. Frank drove very well and got the car up to 12th, and I think that has put us back on the right track.”

After winning the September race at Road Atlanta, the team was forced to sit out a doubleheader weekend at Mid-Ohio after the Camaro was badly damaged following an accident during opening practice. Undeterred, Rebel Rock Racing prepared a spare chassis for the return to the Georgia circuit.

“I was pleased with our performance, if not super-pleased with the ultimate result, from our last race at Road Atlanta,” DePew said. “I thought there was more there, but we got caught by all the yellows at the end and didn’t get a chance to charge back. Unfortunate, but that’s racing. I was happy [with my own performance], I started 21st, and got the car moved up to 12th. I kept my cool and didn’t risk the car, and worked through the traffic without getting into trouble.” 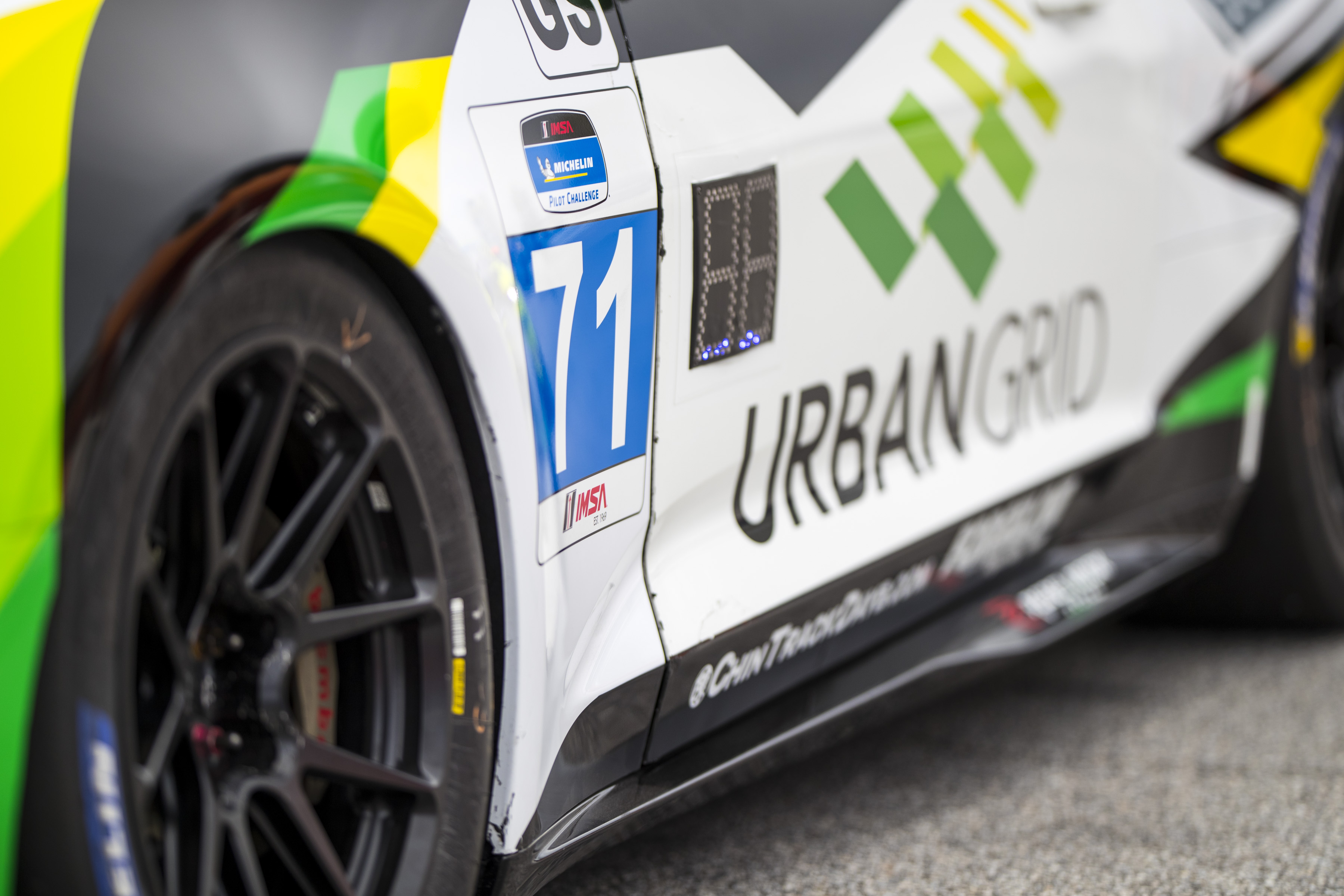 Liddell – who doubles in the role of team manager – said the team didn’t make many changes to the Camaro prior to the trip out West.

“Last year we threw the kitchen sink at it, and we made the car a little better,” he said. “But we still struggled for grip. We are running a different compound of Michelin tire there this year, and it will be interesting to see how it goes on the harder compound. I think the tire will be a bit more stable over the stint, as opposed to the softer tire we used last year.”

Following this weekend’s event at WeatherTech Raceway, the lone remaining event on the IMSA Michelin Pilot Challenge will be the Alan Jay Automotive Network 120 at Sebring International Raceway on Friday, Nov. 13.