Racing on one of their ‘home’ tracks, the Florida based team delivered the perfect execution of a one pit stop strategy in the two-hour race.

Not only was the fuel running low, but the car began leaking oil from the differential and smoking with only three laps remaining. 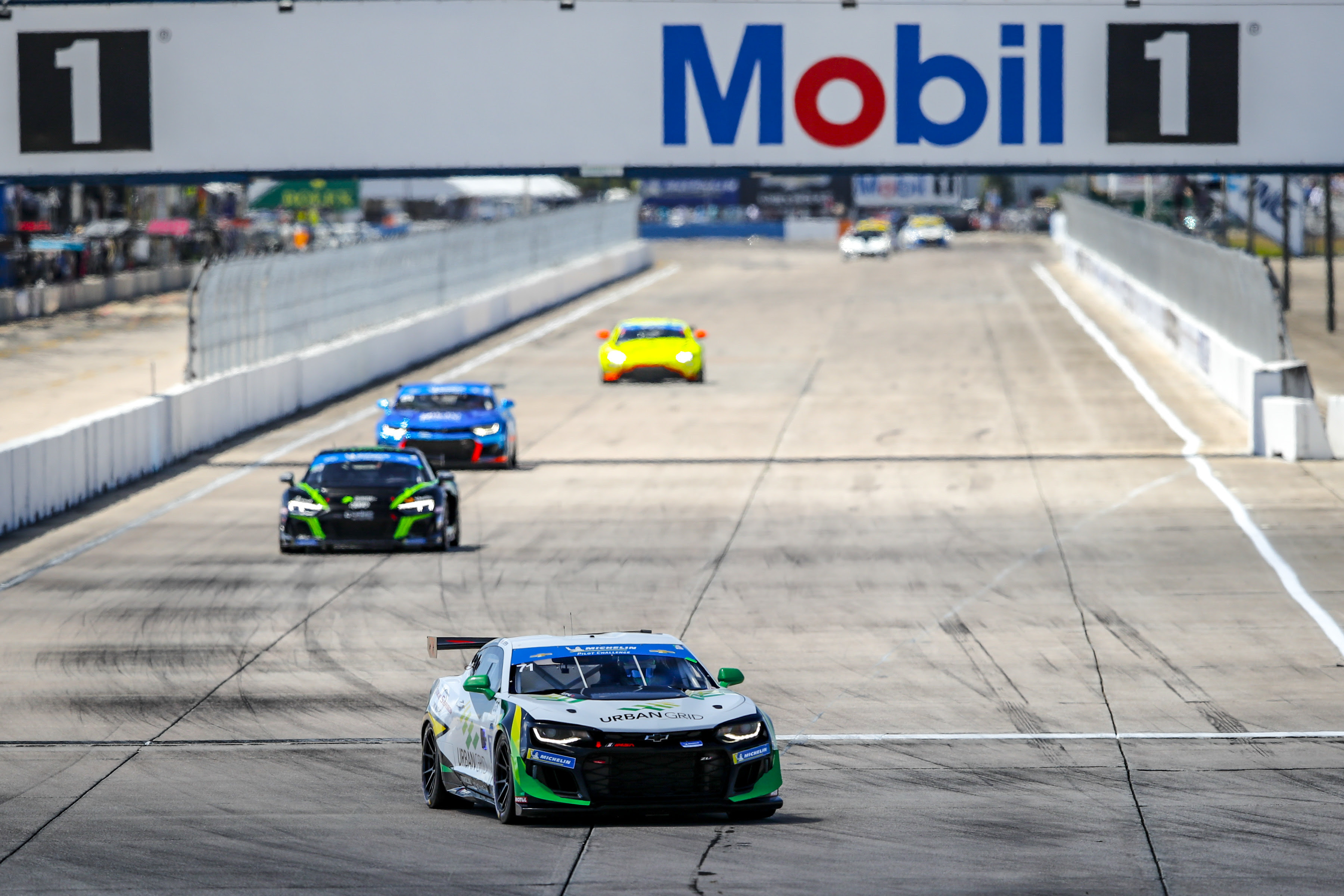 “It was an interesting one,” Liddell said. “I was just waiting for something to let go. Today, we played to our strengths. Frank was brilliant in his stint. My main goal in the car was to optimize our fuel savings and as soon as I got in that is what I did. I had every confidence in the team and they got us through to the end. It certainly made the stint more interesting, first losing radio contact with the pits and then the oil leak. There were no alarms on the dash so I just continued pushing the No. 71 Urban Grid Chevy Camaro and managing the gap to the Porsche behind. It was just great to get the win at Sebring!”

Starting driver DePew stayed out while most of the Grand Sport field pitted after the completion of the 40 minute minimum drive time. Running 16th at the start, DePew had raced his way to fourth when he finally pitted on the 24th lap at the 57-minute mark during the only caution of the race.

“I couldn’t drive anyone off the corner,” DePew admitted. “The only place I could pass was under braking. I tried to not get into any tussles and lift off early to save fuel. That put us into position when Robin got into the car. I was chomping at the bit, but I concentrated on keeping it safe and keeping it clean.” Liddell rejoined the event in 15th and began picking up spots while still keeping his fuel consumption in check. As the strategies played out, Liddell stayed on track to move to the lead of the race with less than ten minutes to go. But radio challenges kept Liddell in the dark on how much he could push or conserve as faster cars gained ground. But that wasn’t the only worrisome factor, as the No. 71 Camaro began to smoke with just minutes left in the race. Keeping his head down and ignoring the pressure, Liddell brought the car home in the lead to add a fourth dramatic victory to Rebel Rock Racing’s IMSA story.

“It was clear to us coming in that we didn’t have the performance to win purely on pace,” Liddell said. “We ran a fuel strategy race, with aggressive fuel savings and the one yellow made it just possible to make it. We had a few scares during my stint. We lost the radio for a few laps. After a few laps it came back on. We got onto the reserve at the end; then we had the oil leak. So I just parked it at the end of the pit wall after taking the checkered flag.” 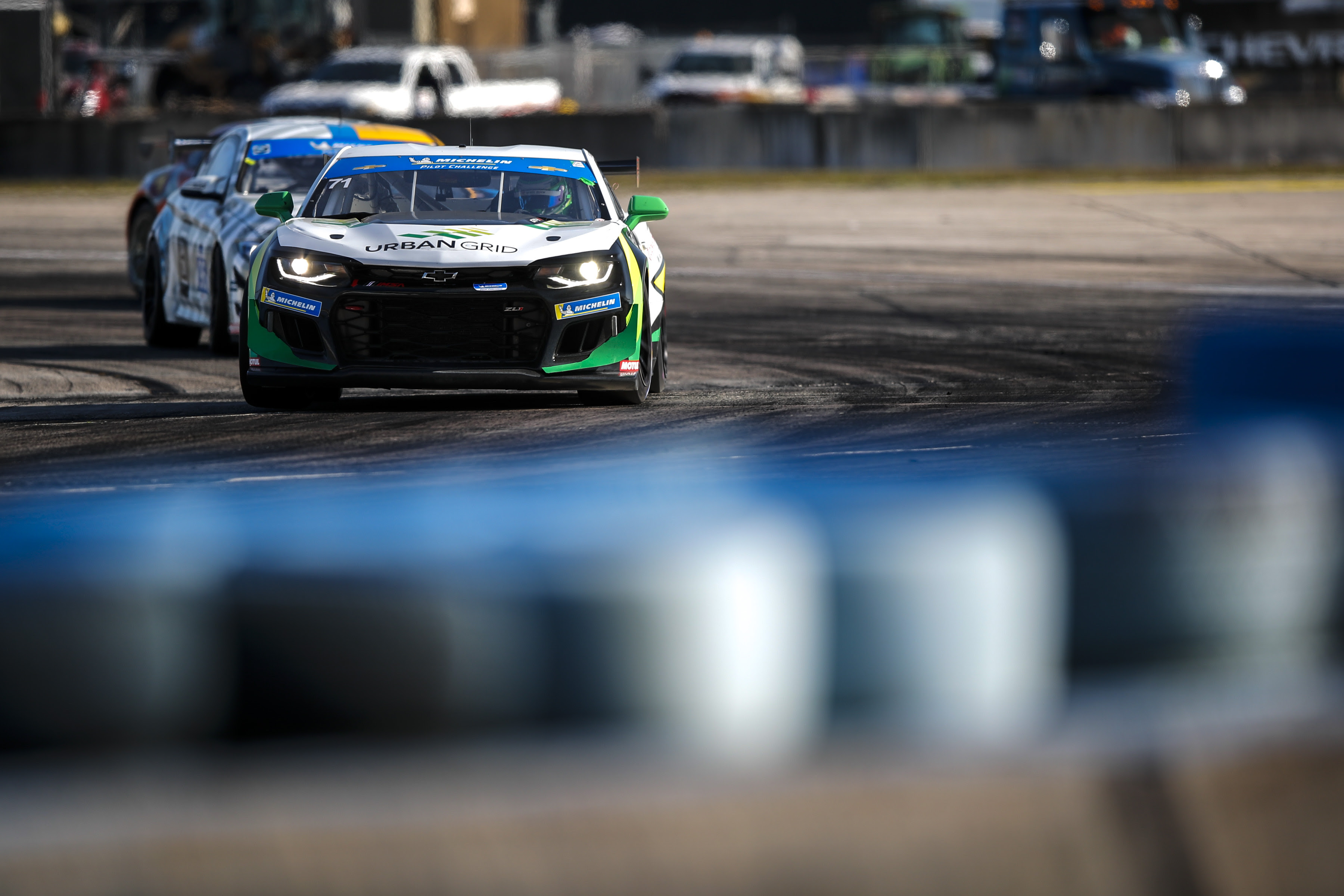 “My biggest concern was when we lost radio contact with Robin, and they wouldn’t let us go across to the wall with a pit board,” DePew said. “Then the radio came back on. We really didn’t have the car that we could contest with the competition on outright performance, so we knew we had to win the race on strategy and consistency. I need to thank our engineer, Charlie Ping for devising the strategy and executing it perfectly, and the whole crew for preparing a great car and executing a perfect pit stop”.

The next race for Rebel Rock Racing will be the Mid-Ohio 120, a two-hour race on May 15 at the Mid-Ohio Sports Car Course.