The Roar offers Michelin Pilot Challenge teams the opportunity to shake off the racing rust accumulated during the off season with six hours of testing over the course of the three-day event. The 2021 race series gets underway on January 29 at Daytona with the BMW Endurance Challenge, the first of two four-hour events on the 10-race schedule.

“It’s going to be very valuable track time,” said Liddell, who doubles in the role of team manager. “The weather for the next 10 days is expected to be pretty consistent. We’ve got a strong package, and an experienced team in the pits.”

The weekend will also see teams take to the track for the first time under a new set of Balance of Performance (“BOP”) configurations. To keep the field competitive and allow for the widely ranging different types of car platforms, IMSA generates event-specific performance parameters by varying a range of elements including engine power, fuel capacity and weight.

The 2021 Daytona event will open with the Camaro’s settings featuring a significant decrease in air available to the engine which will result in lower top speeds on the high banked track. .

“We’ve had a pretty big BOP adjustment for Daytona,” said Liddell. “But if we do a good job, run consistent laps and stay out of trouble, we should still have a good result in the race and a strong start to the season.”

With the BOP adjustment, the Roar has taken on added importance for the team as it looks to get off to a strong start for 2021.

“It’s kind of frustrating for us to have the power reduced as much as it is, but we know that we just have to execute on everything as best as we can as a team and we could still have a reasonable result,” said DePew. “Our Camaro has never run with this setup, and we’ve never been that strong at Daytona, so we’ve got our work cut out for us.” 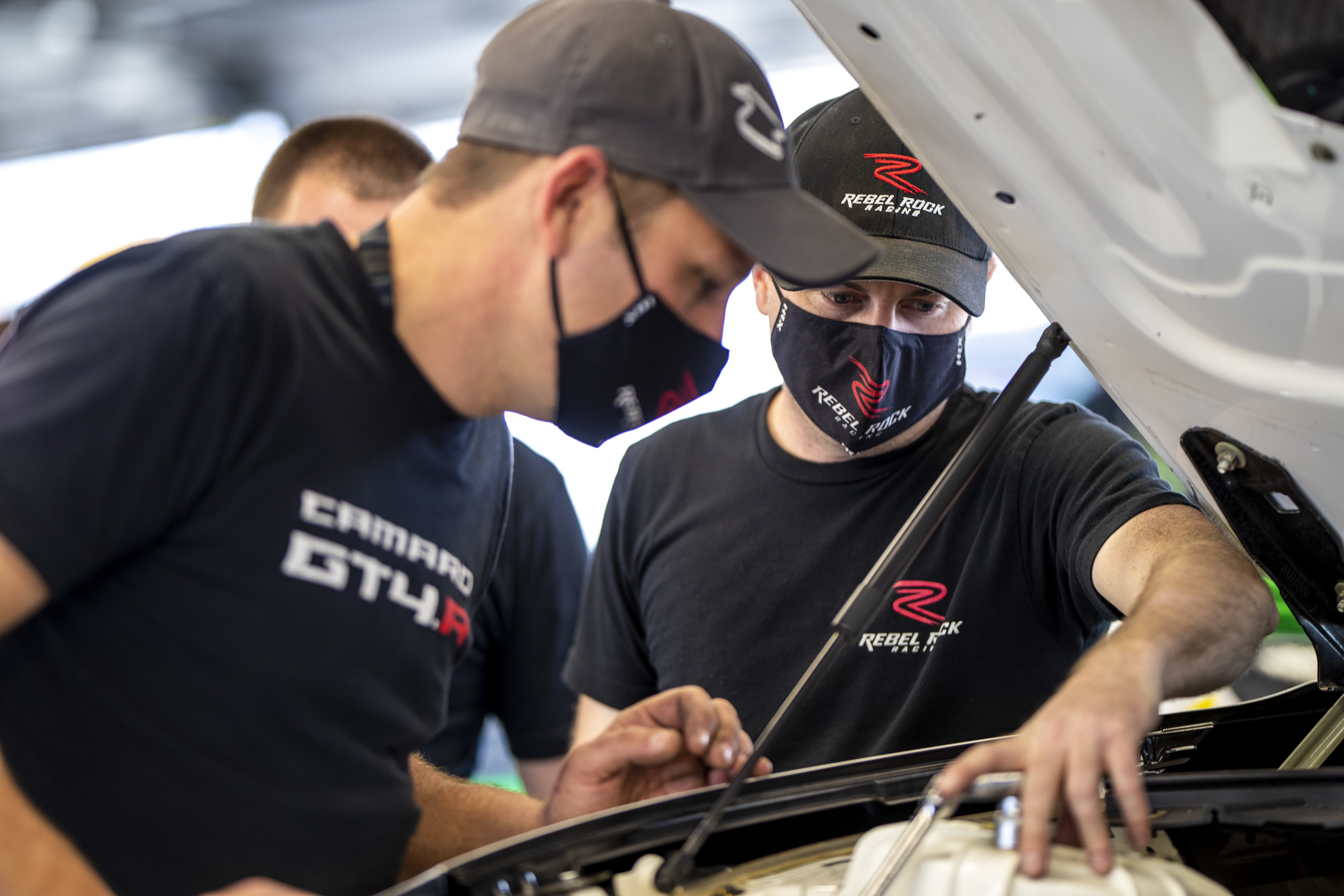 Based in nearby DeLand, Florida, Rebel Rock Racing has not had great results in both of its prior starts at Daytona with the Camaro. The team was collected in an early incident in the 2019 event but came back with a strong finish to the campaign, winning at Canadian Tire Motorsport Park and Road America to jump from 34th in the points after 3 races to finish ninth in the final standings.

Last year, Rebel Rock ran as high as fifth in the Daytona opener but was slowed by driveline issues in the final hour, falling to a 13th– place finish. Once again, the team bounced back, placing first and third in the two events at Michelin Raceway Road Atlanta. A misinterpretation of the minimum drive-time regulations cost DePew and Liddell a podium finish – and potential victory – in the finale at Sebring International Raceway in November, as they were 3 seconds shy on Frank’s drivetime requiring a driver change for the final lap while the car was in 2nd place.

“We had a standout performance at Sebring, but that’s where we’ve done the bulk of our testing and development,” said Liddell. “Coming to Daytona is a very different animal. Daytona hasn’t been the best track for this car, and I think with this new BOP that will be the case once again.” 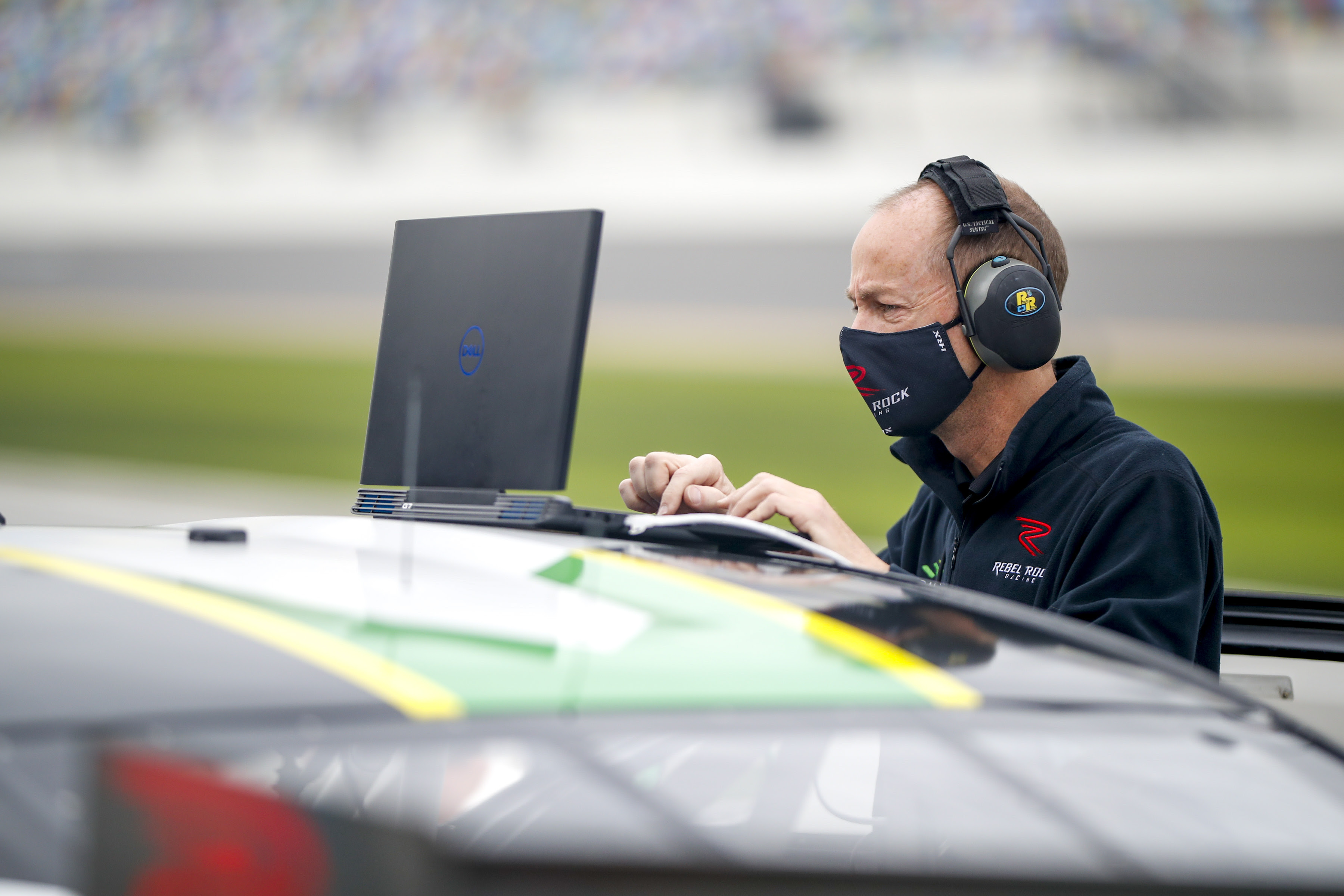 For 2021, Frank and Robin will not be joined by Andrew Davis who was the team’s third driver for the endurance races over the last two years, as Andrew will join another team for a full-season program in 2021. The move will also see DePew gain more seat time as he prepares for the longer stints in races like the four-hour opener at Daytona. DePew is looking forward to the challenge.

“I spent last year getting in shape, so I’m up for the challenge,” DePew said. “I’m enjoying it, and the continued seat time will help me continue to improve my performance. I was quite happy with where we left off last season. I’m certainly going to miss Andrew (Davis) and he is still part of this Rebel Rock family in a way. But this new approach will give me added practice, and more time in the car is going to help me so I’m looking forward to that.”

Having raced for several years in historic and Porsche Club competition, DePew has made rapid progression since committing to racing in a professional series.

“Frank finished the season very strongly, and this improvement gives him the chance to step up into a slightly different role,” said Liddell of the two-driver line up. “Now, he will have to drive longer in the two 4 hour races and will have to mentally pace himself for the longer time he will be in the car. That’s an important part of his development as a driver.”

The BMW Endurance Challenge officially begins the 2021 season at 1:35 p.m. on Friday, January 29.