Rebel Rock Goes From Last to Podium at Road Atlanta

BRASELTON, Ga. (18 October 2020) – After a massive team effort, Rebel Rock Racing went from the back of the pack to the podium in Friday’s Fox Factory 120, showing the form that took the team to victory at Michelin Raceway Road Atlanta less than two months ago.

Aiming for a second consecutive victory at the Georgia circuit, Frank DePew and Robin Liddell combined to go from the back of the pack to emerge with a third-place finish for the No. 71 Urban Grid Chevrolet Camaro GT4.R.

The podium result followed a team setback in Thursday’s qualifying, when the Rebel Rock Racing Camaro pulled off track with smoke pouring from the back of the car. The team, which had rallied to prepare the car ahead of the weekend, quickly diagnosed the issue and had the car ready to race on Friday. But unfortunately that meant that DePew had to start at the back of the 22-car GS grid.

DePew had a standout opening stint, going from 22nd to 12th before his pit stop, when he turned the car over to Liddell.

“A lot of credit to Frank,” Liddell said. “He did a super job at the beginning, he stayed out of trouble, and gained a load of positions shortly after a restart. It was awesome.” 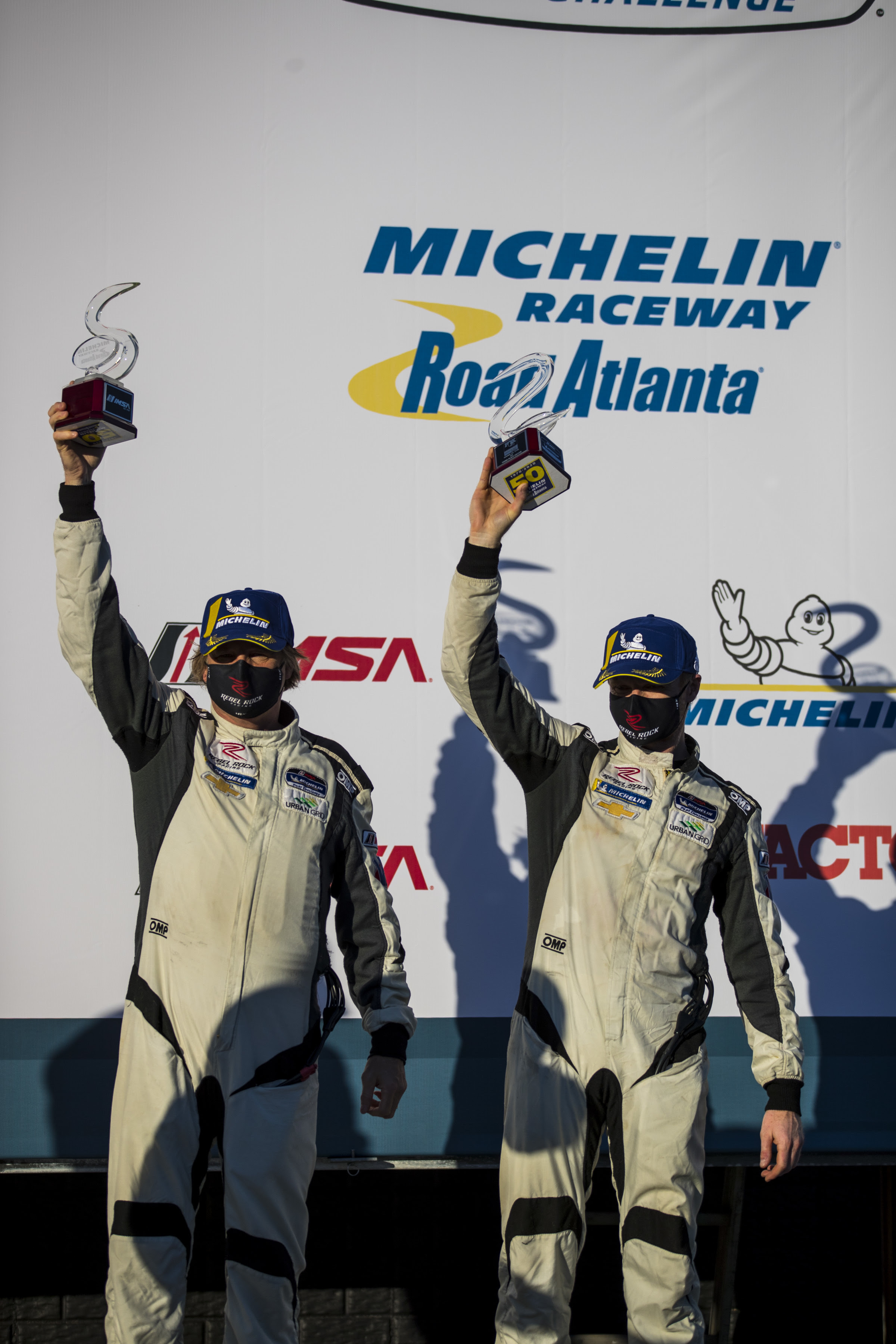 “I got the penalty (for bringing out a red flag during qualifying), and they wiped out my two best laps,” DePew said. “I knew that I was quicker than the cars in front of me, so I just had to be patiently aggressive and not get into trouble.”

Liddell took over and quickly moved up to second. Then, a yellow flag waved for the third time. Following a final pit stop with with 27 minutes remaining, Liddell returned to the race in fifth as a number of cars slightly behind Liddell and the leader were able to get into the pits prior to the pits closing and they jumped ahead of Rebel Rock.

While the pace promised a push to the front, another lengthy yellow led to a shootout with just six minutes remaining. Liddell got up to third, but ran out of time to fight for the lead. At the finish, he placed third, 0.982-seconds behind the winner.

“I was really looking forward to this race, because we had a really good car when we won here in September,” Liddell said. “I think we ran a really good race. We were just unlucky with one incident when we couldn’t make it to the pits before it went yellow. That allowed those guys (the top finishers) to pit and jump ahead of us. Honestly, without that, I think we had a god chance of winning. In the end, we fought hard to finish on the podium, and we’ve got to be happy with that.”

“I’m really happy that we had a result, but I really don’t think it was the result we deserved,” DePew said. “Unfortunately with all the yellow flags, Robin didn’t have a chance to get higher up in the field earlier on in the race. But I’m excited that we were able to score a podium finish after essentially starting last.” 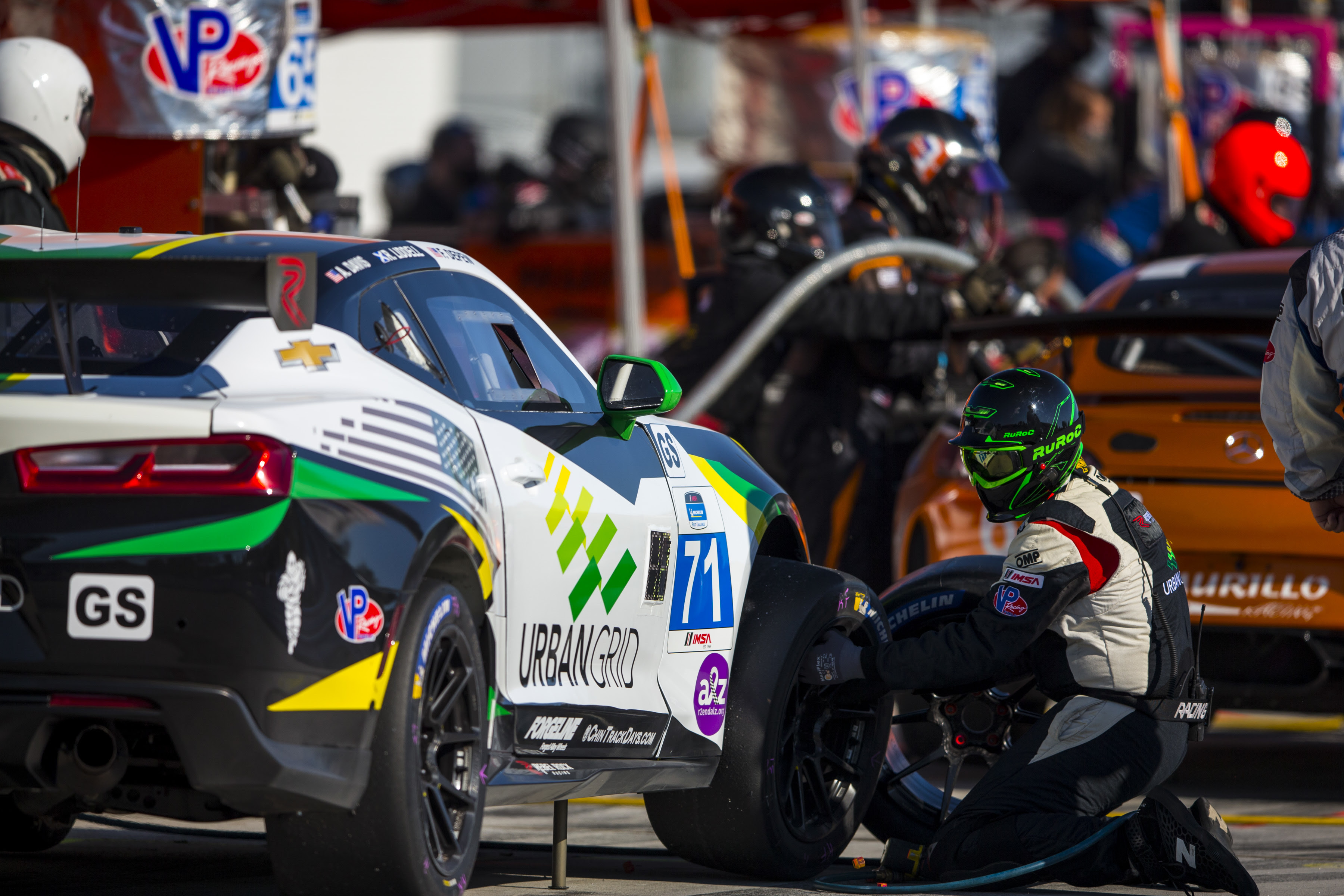 Liddell had plenty of good take-aways from the event.

“The car performed really well all weekend, and I think we’re on point as a team right now with the pit stops and the strategy,” said Liddell, who doubles in the role of team manager. “Everybody did a really good job getting the car turned around from Mid-Ohio (where they were eliminated due to an accident during opening practice), getting the spare car ready, so we’ve got to be happy coming to the next race and getting on the podium.”

Two races remain on the 2020 Michelin Pilot Challenge schedule. Rebel Rock Racing has two weeks to prepare for the next round, the Hyundai Monterey Sports Car Championship at WeatherTech Raceway Laguna Seca on Saturday, Oct. 31. The season comes to a close on Friday, Nov. 13, with the Alan Jay Automotive Network 120 at Sebring International Raceway.